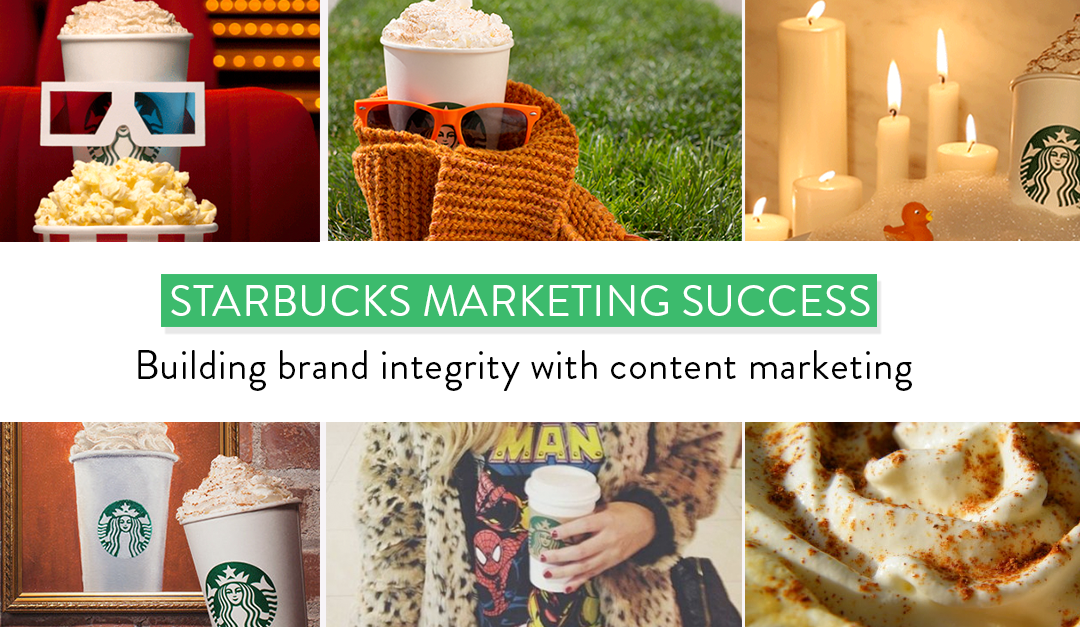 There probably isn’t another brand on the planet that people love to hate as much as Starbucks.

From Reddit forums to newspaper editorials, so-called “true coffee aficionados” claim that, among other things, the coffee is overpriced, the grounds are over-roasted, and the franchises are overtaking mom-and-pop coffee shops.

So they’re doing what many smart, reputable companies around the world are doing — creating their own content marketing campaigns that promote the integrity of their brand, and in the process, getting more customers in the door.

In the past, a few of those marketing campaigns have included social media branding and user-generated content. Now, the coffee chain that has sold 200 million pumpkin spice lattes to date is taking their brand in another direction — a global, brand-building integrity initiative called 1912 Pike. The web publication launched just a year ago, with the goal of offering “approachable, memorable and authentic stories with coffee at their core.”

If, for example, you click on the “Farm to Cup,” tab, you’ll be directed to the story of Rolando Lopez, who makes a living from coffee production in Chiapas, Mexico. The narrative revolves around Rolando’s struggle to provide for his family after his coffee tree farm was hit hard by coffee rust, a fungus that kills the leaves and ultimately, the tree itself.

Starbucks to the rescue: Inspired to help the farmers they buy from, the company decided to launch the One Tree for Every Bag initiative, where each bag of coffee purchased funds a coffee tree for farmers. One year later, the company has now donated enough funds to plant 18 million rust-resistant coffee trees in Chiapas and other regions affected by the fungus, including Rolando Lopez’s farm.

Why is Rolando’s story important? Because it helps brand Starbucks as a compassionate company who’s interested in holding up their end up of the corporate responsibility bargain. By extension, that’s the aim of Pike1912 — Starbucks wants to differentiate themselves from other brands by making sure their customers know the product they’re buying is ethically and sustainably sourced. They want people to know not only that they sell coffee, but where the coffee beans come from — real farmers whose livelihoods depend on rust-resistant trees.

How can you create brand integrity for your company? By being transparent and honest about your products and your people. For more information on how to capture the spirit and passion behind your brand, contact us for a Stern Storming session at sterndmb.com.